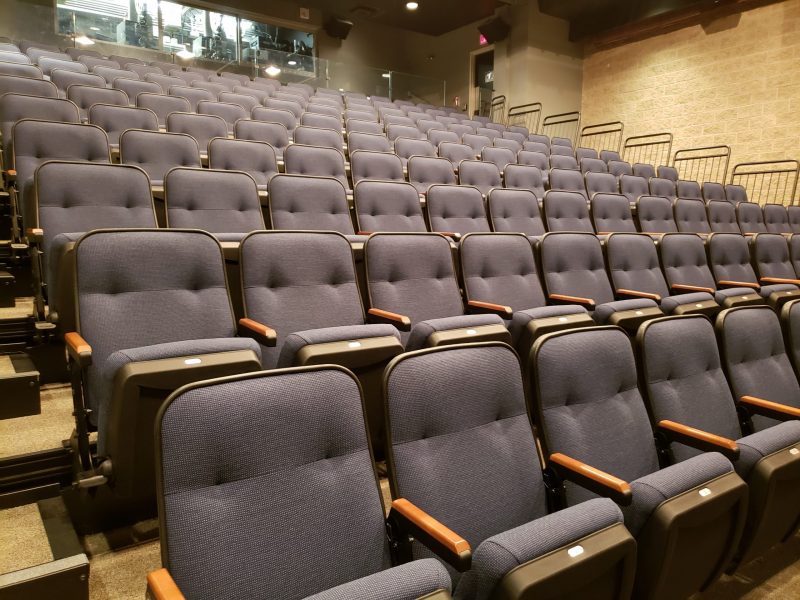 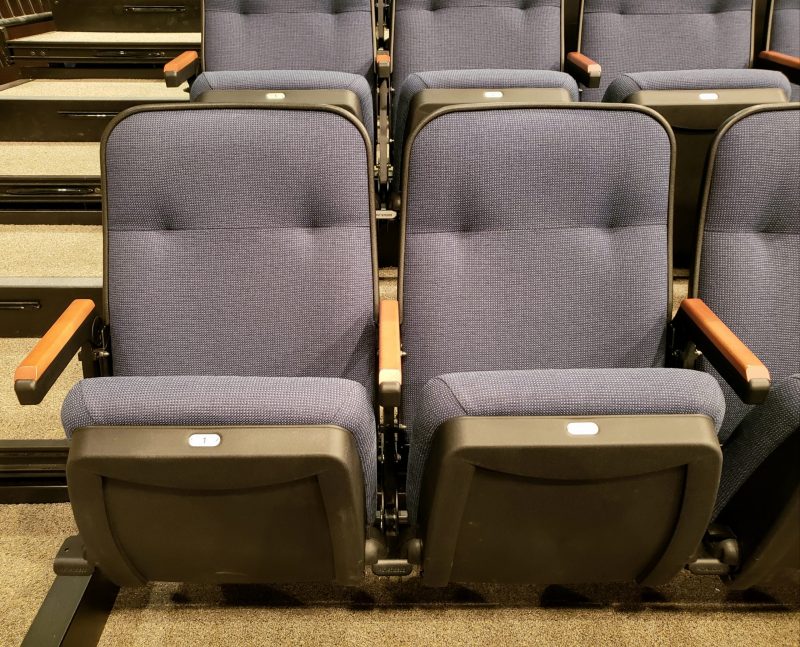 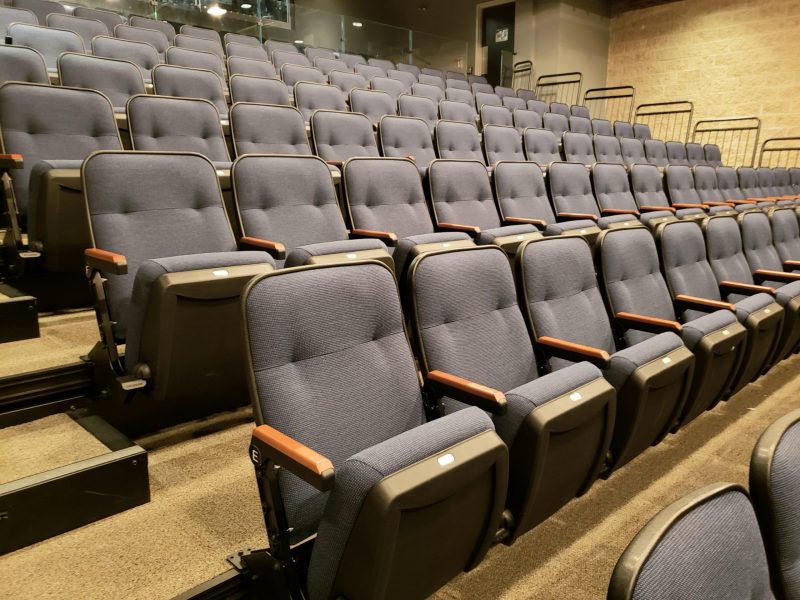 Located in the heart of Toronto, ON, the Miles Nadal JCC has welcomed over two million people to the corner of Bloor and Spadina during the building’s 60+ year history. Included within the Miles Nadal JCC is the Al Green Theatre which was originally opened in 2003 as part of a major renovation.

The Al Green Theatre is the host to a number of cultural arts events including theatre, music, dance, film, and literature. These events reach out to audiences of various ages, cultures, and demographics.  Every year over 25,000 audience members enjoy programs at the theatre.

As part of the most recent theatre upgrade Forum Athletic was called upon to help design and revitalize the space with Irwin Seating Prestige Telescopic Seating. Over a two year period we worked with the team at Miles Nadal to create a modern design compatible for today’s use, taking a vision and making it a reality. There were some unique challenges with this project, such as adapting the modern code and AODA compliant seating system within the building’s existing architectural and structural design. This type of project was a perfect fit for Forum, proving a turn key design build service to the client.

The client’s vision for the new space was brought to life using 3D CAD modeling software and renderings. Engineered structural design changes had to be made to the building to extend the 2nd floor mezzanine floor space to allow enough clearance for wheelchair accessible seating spaces, meeting AODA requirements. A sleek and modern frameless glass railing was installed at the 2nd floor balcony level, which replaced the previously used heavy steel railings. New seating risers were also installed on the 2nd floor, replacing the existing risers which were noisy when patrons walked to and from their seats. The floor surface was finished with new carpet, and matching fixed seats were installed on the risers.

The new Irwin prestige retractable seating system is equipped with modern tufted 36″ tall high back marquee seats. These new seats are a huge step up in comfort and style, compared to the low profile seats originally installed. The understructure system of the prestige VersaDeck is designed with heavy duty steel frame members to provide a rock solid walking surface that won’t shake or rattle as patrons fill the seats. Self storing end rails vs. the original heavy removable rails allow facility staff to transform the space in significantly less time, and with much less effort.

The finished product is quite special, we know the audience at the Al Green Theatre will continue to enjoy the seating for years to come. 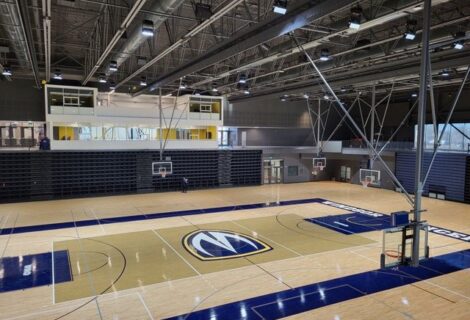 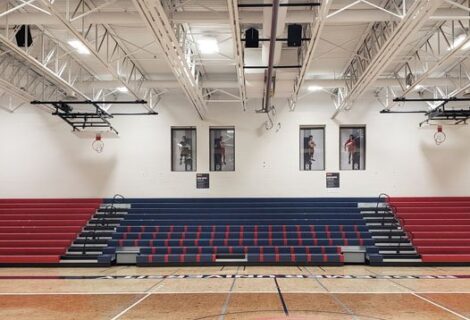 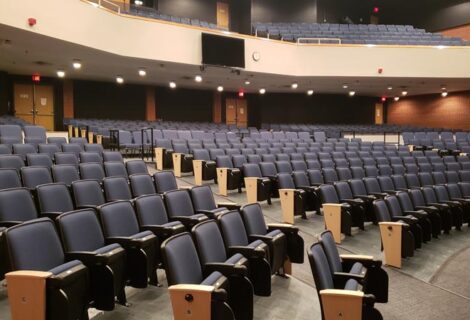 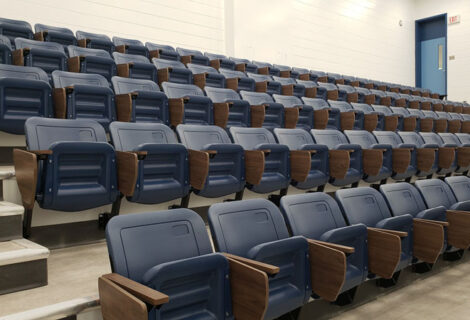